MIAMI, Oct. 16, 2014 – The world’s first smartship Quantum of the Seas is set to arrive into New York Harbor on Nov. 10, 2014, and Royal Caribbean is counting down the days until her big debut.  In anticipation of the ship’s arrival, Quantum of the Seas is making waves across NYC billboards, screens and digital displays capturing the attention of New Yorkers everywhere…including underground. With Quantum of the Seas introducing a wave of technological features that have never before been possible at sea, including ultrafast wireless capability that allows for unprecedented connectivity, the cruise line partnered with the Metropolitan Transportation Authority (MTA) to bring free Wi-Fi to underground subway platforms in Manhattan and Queens.

Highlights of Quantum of the Seas range from RipCord by iFLY, a heart pounding skydiving experience, to Bionic Bar, which is home to the world’s first robotic bartenders, a number of first-at-sea experiences including bumper cars and roller skating, and North Star, an engineering marvel that gently rises more than 300 feet in the air to take guests on a spectacular journey with awe-inspiring, 360-degree views. 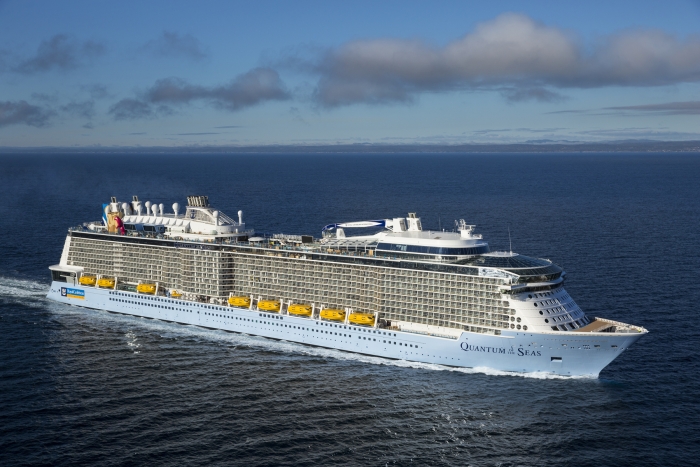 Quantum of the Seas at sea during her second sea trial. 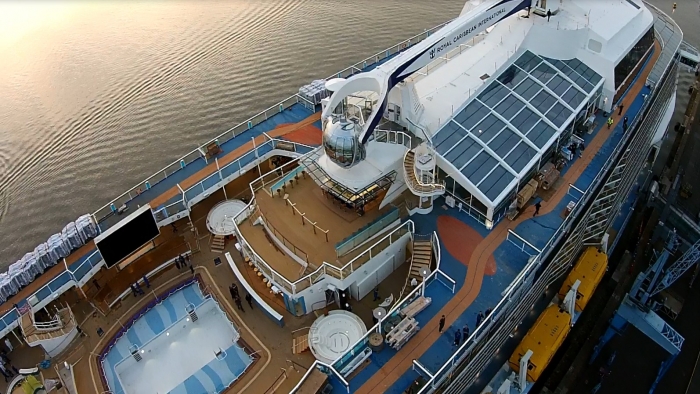 Quantum of the Seas ready for her second second set of sea trials prior to her debut.