MIAMI, March 27, 2017 – Royal Caribbean International, the world’s most adventurous cruise line, is on the lookout for the “World’s Most Adventurous Squad.” The #AdventureSquad social media contest will challenge explorers and aspiring Instagram stars to act on their wanderlust and prove that their adventurousness is off the charts. In the end, one group of up to four friends will be crowned as the “World’s Most Adventurous Squad,” and win trips anywhere Royal Caribbean sails to help live up to their newly minted title.

Those looking for a shot at social stardom and global adventure can enter by participating in any one of five adventure-themed Instagram challenges. From highlighting hidden gems in their travels to showcasing their most epic eats, each challenge will give participants the opportunity to share their most impressive photos for a chance to win. Each challenge will run for 72 hours on Royal Caribbean’s Instagram account starting on March 29 and through April 12. To take part in the challenge, adventurers simply post their photo to Instagram, tag @RoyalCaribbean and three friends that will comprise their squad and use the hashtag #AdventureSquad and #Contest.

Upon completion of each challenge, Royal Caribbean will select one winning squad – based on their creativity and spirit of adventure in line with the theme of the day. The winners will then set sail on the adventure of a lifetime onboard Harmony of the Seas, the world’s largest and most adventurous ship taking over Royal Caribbean's social media channels as they go. The finalists will go head-to-head to capture and share adrenaline-pumping content both from the ship and exotic destinations, including Labadee, Haiti, Royal Caribbean’s private destination; Falmouth, Jamaica and Cozumel, Mexico. At the end of their adventure, the squad that most embodies the spirit of adventure will be named the “World’s Most Adventurous Squad” and win trips anywhere Royal Caribbean sails. In addition, squads’ adventures also will be seen when they light up Royal Caribbean’s digital billboards in New York City in May.

Australian travel blogger Tyson Mayr (@tysontravel) will act as the contest host, announcing each 48-hour Instagram challenge. Mayr is no stranger to social media contests; he won one himself in 2014 and was paid to travel the globe for a year. Since then, he’s made a living as an adventurer and content creator, proving that Internet fame is within reach for social media contest winners.

Those back at home can watch the action unfold by following @RoyalCaribbean and #AdventureSquad on Instagram and Snapchat. For details on how to take part in the Adventure Squad challenge, as well as information on the winning squad, visit www.AdventureSquad.com.

Royal Caribbean International is an award-winning global cruise brand with a 48-year legacy of innovation and introducing industry “firsts” never before seen at sea. The cruise line features an expansive and unmatched array of features and amenities only found on Royal Caribbean including, jaw-dropping, Broadway-style entertainment and industry-acclaimed programming that appeals to families and adventurous vacationers alike. Onboard, guests are catered to with the cruise line’s world-renowned friendly and engaging Gold Anchor Service by every staff and crew member. Royal Caribbean has been voted “Best Cruise Line Overall” for 14 consecutive years in the Travel Weekly Readers Choice Awards. 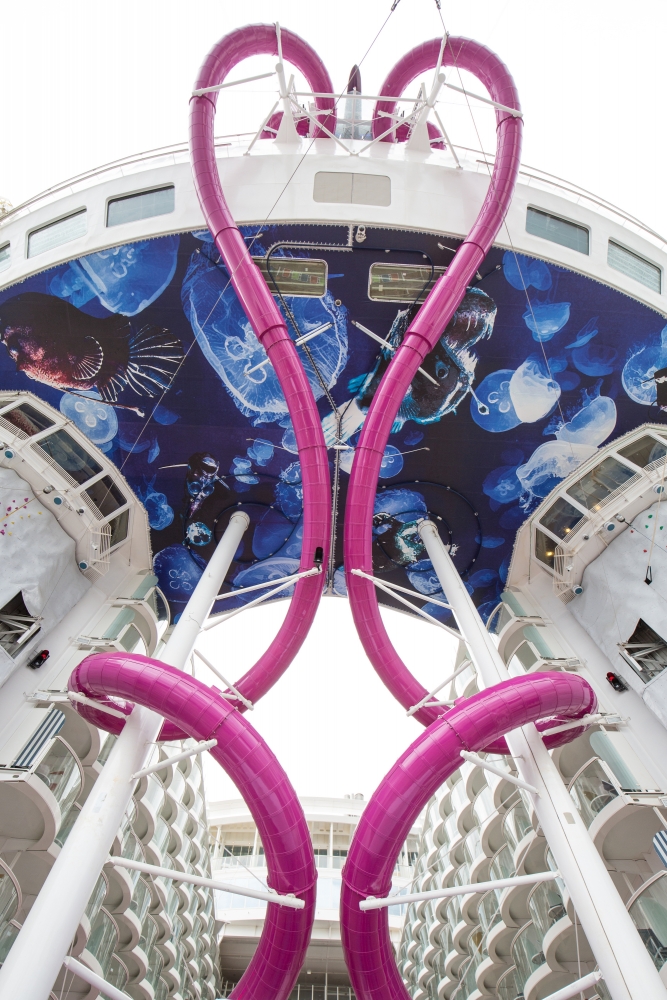 The Ultimate Abyss onboard Harmony of the Seas. 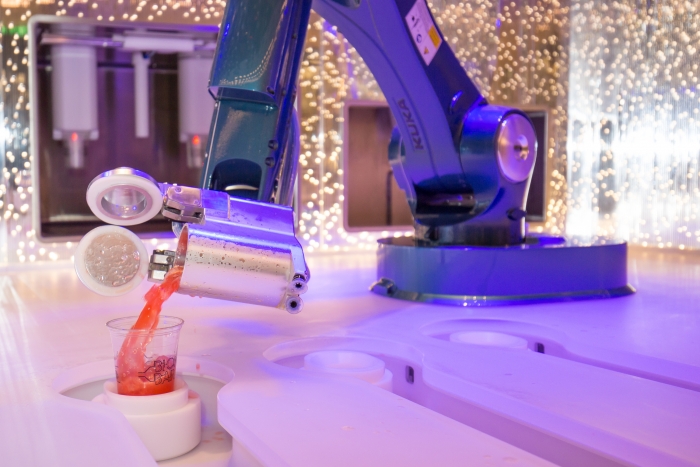 Bionic Bar onboard Harmony of the Seas. 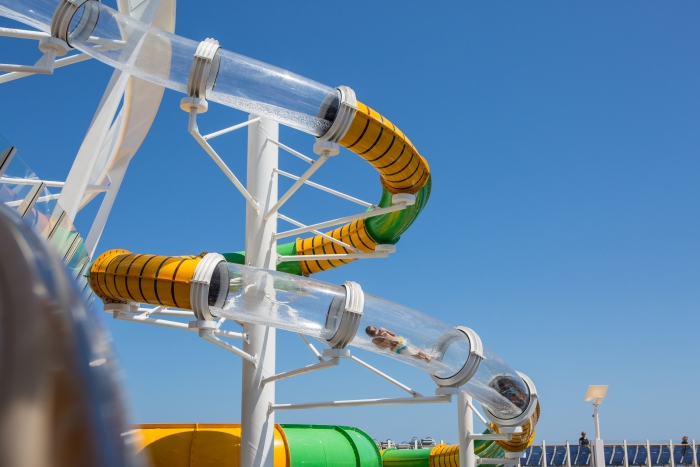 The Perfect Storm onboard Harmony of the Seas. 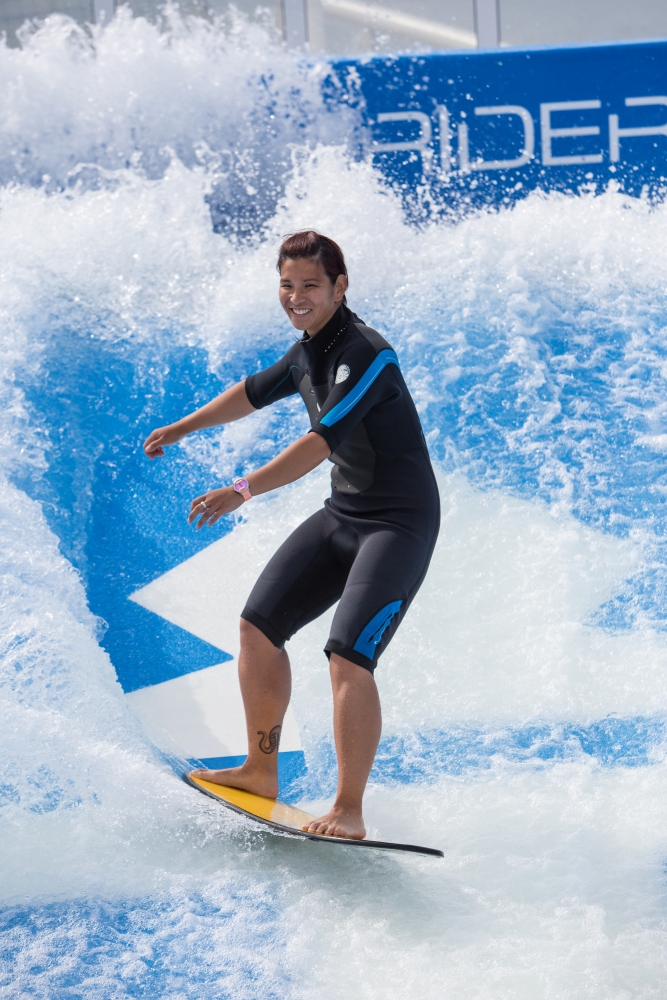 FlowRider onboard Harmony of the Seas.