The awards recognise travel companies and individuals for their outstanding achievements and pay tribute to the top travel organisations for their commitment, contributions and accomplishments. The winners were determined by voting by the travel trade and public on 46 categories representing the different segments of the travel industry which include cruise, airline, resort, hotel, destination, travel technology and travel agent.

Royal Caribbean’s wins are underscored by the deployment of the newest Quantum Class ship Ovation of the Seas in Singapore for a season this year. She is also the largest and most revolutionary ship in Asia, which features unique first-at-sea amenities such as the North Star elevated glass capsule, skydiving simulator, the Bionic Bar with robotic bartenders and SeaPlex, the largest indoor active space at sea with bumper cars.

Sean Treacy, Managing Director, Asia Pacific of Royal Caribbean Cruises Ltd. who accepted the awards said, “These two prestigious awards represent a very significant moment of our 10th year in Asia, and the strong support of our travel partners and customers since Day One. We look forward to offering even more exciting and memorable holiday experiences with our innovative ships and excellent service in the next decade, while making cruising – and Royal Caribbean International – a top vacation choice in Asia.”

Royal Caribbean is currently offering its longest-ever Southeast Asian season with 76 sailings out from Singapore, which started from this month till next June, beginning with Mariner of the Seas, followed by Ovation of the Seas and Voyager of the Seas.

About Royal Caribbean International
Royal Caribbean International is an award-winning global cruise brand with a 48-year legacy of innovation and introducing industry “firsts” never before seen at sea.  The cruise line features an expansive and unmatched array of features and amenities only found on Royal Caribbean including, jaw-dropping, Broadway-style entertainment and industry-acclaimed programming that appeals to families and adventurous vacationers alike. Onboard, guests are catered to with the cruise line’s world-renowned friendly and engaging Gold Anchor Service by every staff and crew member. Royal Caribbean has been voted “Best Cruise Line Overall” for 14 consecutive years in the Travel Weekly Readers Choice Awards and named the “Best Cruise Operator” for 10 consecutive years at the TTG Travel Awards as well as “Best Cruise Line” at the Travel Weekly Asia’s Reader’s Choice Awards since 2015.

The cruise line sails 24 of the world’s most innovative cruise ships to the most popular destinations in Bermuda and the Caribbean, Europe, Canada and New England, Alaska, South America, Asia, and Australia and New Zealand. 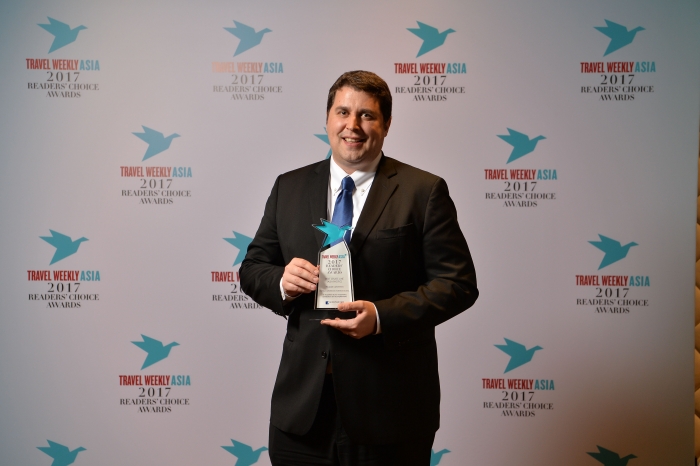