MANILA, June 8, 2018 – Royal Caribbean International’s cruise ship Ovation of the Seas, which is Asia’s largest and most revolutionary, arrived at Subic Bay for the first time today, June 8. She will also be making her maiden call at Manila tomorrow, June 9. This is the largest ever cruise ship to call at any Filipino port, and with the highest number of guests onboard totalling close to 4,600 from around the world. She is currently on a 5-night cruise from Hong Kong.

To celebrate the maiden call at Subic Bay, a traditional plaque exchange ceremony was held onboard between Ovation of the Seas’ Captain Flemming Nielsen and local officials namely Atty. Wilma Eisma, Chairman and Administrator of Subic Bay Metropolitan Authority and Mr Roberto Alabado III, Assistant Secretary of Department of Tourism. Senator Richard "Dick" Gordon and Ms Ma. Cristina Garcia, Vice Governor of Bataan were present at the event as well.

The same ceremony will also be held to celebrate the ship’s maiden call in Manila, with Captain Nielsen and Mr Mancile Francisquiel, Port Manager of Philippine Ports Authority, Mr Pocholo Joselito Paragas, Chief Operating Officer of Tourism Infrastructure and Enterprise Zone Authority (TIEZA) – Department of Tourism, and Atty. Solfia Arboladura, Director of Manila Tourism and Cultural Affairs Bureau who will present the “key to the City of Manila.”

At 347m long, 168,666 gross registered tonnes, and filled with first-at sea features and technologies, Ovation of the Seas is the largest cruise ship to enter the Philippines. She has a total capacity of 4,905 guests staying in 2,091 staterooms and hosted by 1,500 crew.

While Ovation of the Seas is in port at Subic Bay, guests will have the opportunity to discover and experience local attractions on Royal Caribbean’s shore excursions. Guests can marvel at the craftsmanship of antique and replicated mansions from the Spanish colonial-era during the Las Casas Filipinas de Acuzar Heritage Tour, travel through breath-taking river valleys then soak in the steamy Puning Hot Spring and watch a variety of marine animals perform at Ocean Adventure.

In Manila, guests can choose to go for shore excursions such as the Tagaytay Tour and the Manila City Tour. During the Tagaytay Tour, guests will see the remarkable panoramic view of Taal Lake and Volcano and have the chance to visit a pineapple plantation to try sweet pineapples or buy souvenirs from the furniture and wood carving shops. Meanwhile, the Manila City Tour will present guests the opportunity to witness Roman Catholic and Spanish-colonial era landmarks such as the historic Basilica Manila Cathedral, San Agustin Church which has a museum run by the Augustinian order featuring antique vestments and colonial-era furniture and the centuries-old “The Walled City” that consists of fortified walls, church ruins and relics from Spain’s Conquistadores.

Guests onboard the 18-deck Ovation of the Seas will enjoy the ‘North Star’, an observation capsule that rises 92 metres over the ocean; ‘Two70’ – a hi-tech entertainment venue; cocktails served by robotic bartenders at the ‘Bionic Bar’; skydiving and surfing simulation experiences; interior virtual balcony staterooms with real-time ocean views; luxurious Loft Suites with large living areas and private concierge service; and ‘SeaPlex’, the largest indoor activity space at sea housing roller-skating, bumper cars and more. The ship also features 18 dining venues with cuisines from around the globe, including Jamie’s Italian by celebrity chef Jamie Oliver.

Royal Caribbean International is an award-winning global cruise brand with a 49-year legacy of innovation and introducing industry “firsts” never before seen at sea. The cruise line features an expansive and unmatched array of features and amenities only found on Royal Caribbean including, jaw-dropping, Broadway-style entertainment and industry-acclaimed programming that appeals to families and adventurous vacationers alike. On board, guests are catered to with the cruise line’s world-renowned friendly and engaging Gold Anchor Service by every staff and crew member. Royal Caribbean has been voted “Best Cruise Line Overall” for 15 consecutive years in the Travel Weekly Readers Choice Awards and named the “Best Cruise Operator” for 10 consecutive years at the TTG Travel Awards as well as “Best Cruise Line” at the Travel Weekly Asia’s Reader’s Choice Awards since 2015.

The cruise line sails 25 of the world’s most innovative cruise ships to the most popular destinations in Bermuda and the Caribbean, Europe, Canada and New England, Alaska, South America, Asia, and Australia and New Zealand. 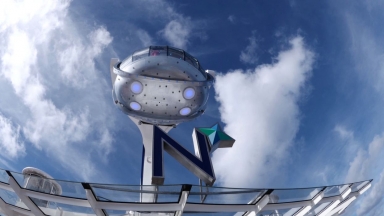 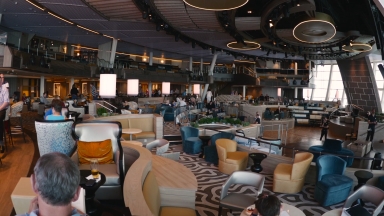 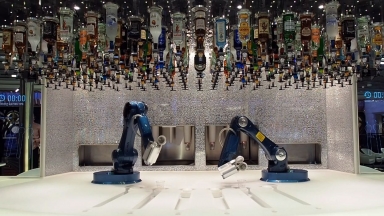