Video: “Making our Oceans Litter Free: A Taronga Story” will be shown to Taronga Zoo visitors in the Centenary Theatre and on digital screens throughout the grounds.

Sydney, 16 February 2021 – Taronga Zoo and Royal Caribbean International have joined forces on the Litter Free Oceans campaign to raise awareness about the devastating impact litter has on marine life and educate Australians on how to reduce single-use plastic.

The newly formed partnership combines Taronga’s expertise in conservation education with Royal Caribbean’s commitment to healthy oceans and ability to reach ocean lovers of all ages.

The consequences of litter in the oceans are undeniable. Eight million tonnes of plastic waste leaks into the world’s oceans every year, equal to a garbage truck every minute. This is devastating to marine life – half of all marine turtles have eaten plastic and 90% of seabirds have plastic in their stomach.

Taronga Conservation Society Australia – one of Australia’s most iconic conservation and education organisations with worldwide recognition – has seen the impact of plastic pollution on marine animals firsthand with over 350 marine turtles admitted to its Wildlife Hospital since 1984, many with illnesses related to ingesting plastic.

Director and CEO of Taronga Zoo, Cameron Kerr, says; “Plastic pollution impacts over 700 species, including marine turtles, whales, dolphins and sea lions. The oceans are in dire need of help but often we feel we can’t make a difference by ourselves. Litter Free Oceans shows Australians how small changes can make a big difference in helping our oceans thrive.”

“By partnering with Royal Caribbean, who already has a robust ocean conservation program in place and a formidable network of ocean lovers, we can truly make a difference to the planet.”

By using the Litter Free Oceans impact calculator, Australians can understand the current impact of their single-use plastic habits. From there, Taronga Zoo and Royal Caribbean have offered four reminders to help Aussies reduce single-use plastic, which include:

For more information, there are also toolkits available for both schools and businesses looking to align with the Litter Free Oceans initiative.

Australians won’t be alone in their efforts to clean the oceans. Gavin Smith, vice president and managing director, Royal Caribbean International, Australia and New Zealand, says, “We’ve taken major action to reduce single-use plastics across our fleet and have removed 77 million plastic straws from our supply chain, achieving our target in 2018 to be plastic straw free. Our ‘single-use plastic task force’ is continuing to identify ways to further eliminate the single-use plastic on board our ships.”

“We’re a company of ocean fanatics, so respect for the oceans is not a choice – it’s a way of life. We understand the importance of sustainability to Australian families today and our guests of tomorrow, and we’re proud to partner with Taronga Zoo on the Litter Free Oceans campaign to keep our oceans healthy, long into the future.”

The cruise line’s sustainability commitments extend to ship innovation, with two technologically advanced smartships – Quantum and Ovation of the Seas – sailing from Brisbane and Sydney respectively in summer 2021/22. One hundred percent of the Royal Caribbean fleet is equipped to be landfill free and whenever possible, the waste on ships is reused, recycled or converted into energy.

Royal Caribbean International was a natural fit for the campaign, as the global cruise line is recognised as a leader in sustainability within the cruise industry for its “Save the Waves” ocean conservation program. Formed in 1992, the platform is aimed at preserving oceans and protecting coastal communities, with commitments to waste reduction, sustainable sourcing, and water management integrated into the line’s daily onboard operations.

For more information on the Litter Free Oceans and to meet Andrew, the tiny turtle with a big story, you can visit the campaign website, www.taronga.org.au/litter-free-oceans/.

Taronga’s staff, scientists and researchers are experts in their fields. They work in partnerships with governments, universities and conservation organisations to support dozens of science, research and conservation projects and programs across Australia and around the world.

Taronga participates in regional and global conservation breeding programs to establish insurance populations for species threatened in the wild, from Australia’s tiny and critically endangered Corroboree Frog to the Southern Black Rhino.

Taronga believes that a future without wildlife is not an option. Taronga is for the wild.

Royal Caribbean International has been delivering innovation at sea for more than 50 years. Each successive class of ships is an architectural marvel featuring the latest technology and guest experiences for today’s adventurous traveler. The cruise line continues to revolutionise holidays with itineraries to more than 270 destinations in 72 countries on six continents, including Royal Caribbean’s private island destination in The Bahamas, Perfect Day at CocoCay, the first in the Perfect Day Island Collection. Royal Caribbean has also been voted “Best Cruise Line Overall” for 18 consecutive years in the US Travel Weekly Readers’ Choice Awards.

Media can stay up to date by following @RoyalCaribPR on Twitter, @RCIaustraliaandnz on Facebook and visiting RoyalCaribbeanPressCenter.com. For additional information or to make reservations, holidaymakers can call their travel advisor; visit RoyalCaribbean.com.au; or call 1800 754 500.

Royal Caribbean International and Taronga Zoo Join Forces for Litter Free Oceans
Sydney’s Taronga Zoo and Royal Caribbean International have joined forces on the Litter Free Oceans campaign to raise awareness about the devastating impact litter has on marine life and educate people on how to reduce single-use plastic. The newly formed partnership combines Taronga’s expertise in conservation education with Royal Caribbean’s commitment to healthy oceans and ability to reach ocean lovers of all ages. 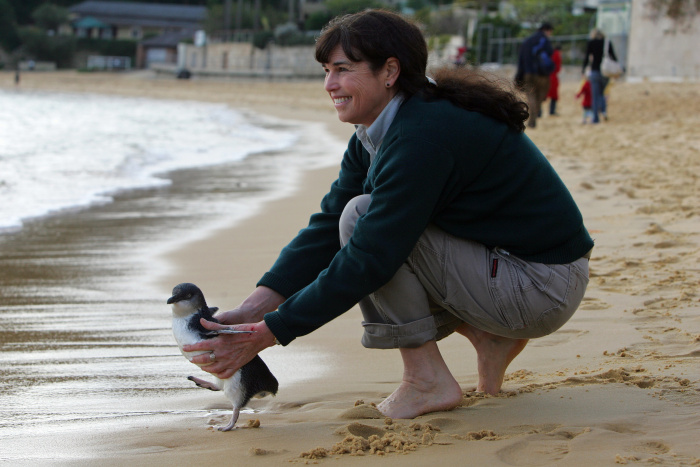 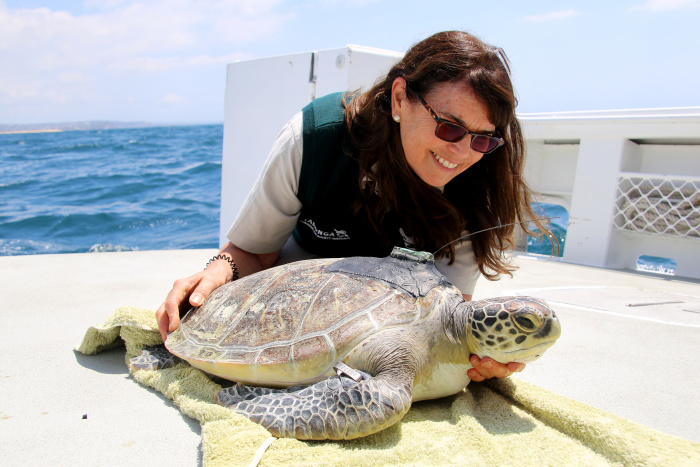