Royal Caribbean Entertainment Shoots for the Stars: Symphony of the Seas Brings Outer Space into the Theater with Flight

Get a look at the real-life inspiration behind Royal Caribbean’s newest original show, Flight: Dare to Dream, a chronicle of the evolution of air travel and an imaginative take on what the future may hold. Follow the show's creators as they visit Space Center Houston in Texas to gather ideas and develop the vision for the first theater production to be set in space. 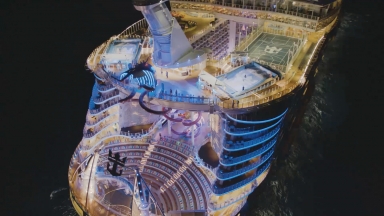 The Best Cruise Ship of 2018
Royal Caribbean’s newest ship, Symphony of the Seas, is set to redefine the family vacation. From the jaw-dropping Ultimate Family Suite and a glow-in-the-dark laser tag experience to a trio of waterslides, there’s adventure at every corner for all ages on board the world’s largest cruise ship. 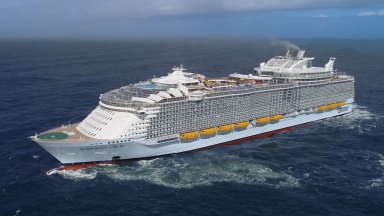 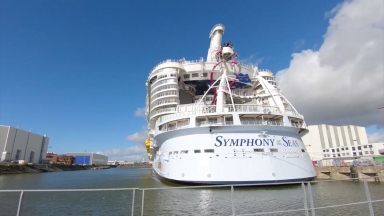 From Construction To Delivery: Symphony of the Seas Milestone Mashup
Royal Caribbean International has orchestrated a new vacation experience that is set to redefine family and adventure travel in 2018. Symphony of the Seas, the cruise line’s newest ship, brings together the award-winning and acclaimed features only found on Royal Caribbean, with distinct new experiences that will continue to inspire adventure among guests of all ages. New dining concepts and family activities, awe-inspiring theater, aerial, ice and aqua entertainment, and the most dynamic suite in family travel will join the lineup of Royal Caribbean exclusives for a thrilling crescendo of diverse experiences, all set in the unique seven-neighborhood concept of the Oasis Class ships. 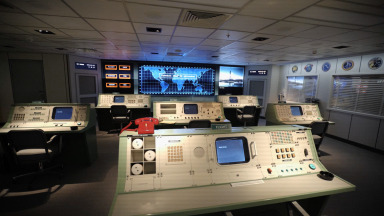 Space Mission "Apollo 18" Ready for Liftoff: New Escape Room Adventure Debuts Aboard Oasis of the Seas
Royal Caribbean International's Oasis of the Seas recently revealed its new, signature escape room. By solving mind-bending puzzles before time runs out, guests must come together to man their stations from Mission Control and successfully launch Apollo 18 to the moon. The flight director of the renowned Apollo program, Gerry Griffin, applauded the immersive experience’s level of detail, including the escape room’s resemblance to Johnson Space Center's Apollo Mission Control Center in Houston. Griffin visited Mission Control: Apollo 18 as part of his tour of the newly amplified ship that touts a $165 million lineup of new, thrilling features, from Royal Caribbean’s first barbecue restaurant to the tallest slide at sea. 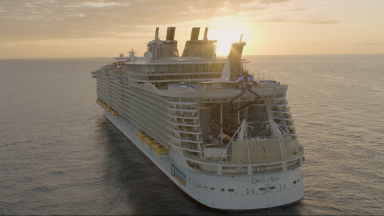 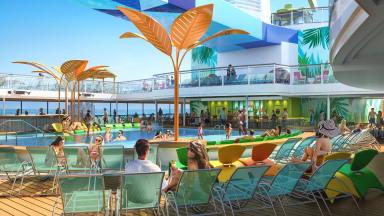 Revealing the Bold, New Odyssey of the Seas, Sailing April 2021
October 2019* – Royal Caribbean’s Odyssey of the Seas will tout a brand-new look to match the fleet’s most action-packed top deck to date. The ship class that introduced an array of game-changing firsts is setting an all-new standard designed to deliver memory-making vacations. Debuting April 2021, the second Quantum Ultra Class ship will sail from Rome for its first season before continuing its inaugural year in Fort Lauderdale, FL.
*Updated June 2020 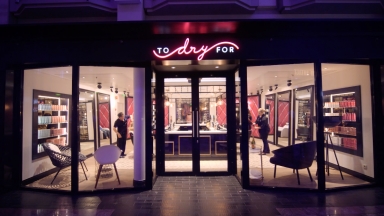 Blowing Away Expectations: Royal Caribbean Opens First Standalone Blow-Dry Bar at Sea
Royal Caribbean International heats things up with the $115 million transformation of Navigator of the Seas. Among the next-level adventures now on board the newly amplified ship is the first standalone blow-dry bar at sea. To Dry For touts a menu of services, from blowouts to hairstyling and polish changes, perfect for guests looking to sit back and get ready for a night out on the town after an unforgettable day on the pool deck or exploring idyllic, tropical destinations. 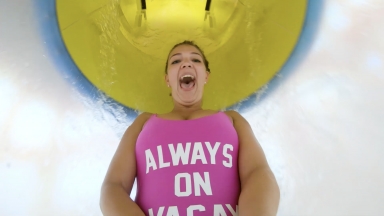 The Faces of Perfect Day at CocoCay
Royal Caribbean International’s Perfect Day at CocoCay in The Bahamas is set to redefine private island destinations. After a $250 million transformation, Perfect Day is the ultimate combination of thrill and chill. This unrivaled private island, only available to Royal Caribbean guests, provides an array of distinct adventures and iconic features from, the tallest waterslide in North America, Daredevil’s Peak to Oasis Lagoon, the largest freshwater pool in the Caribbean -- one-of-a-kind experiences that will top any bucket list. 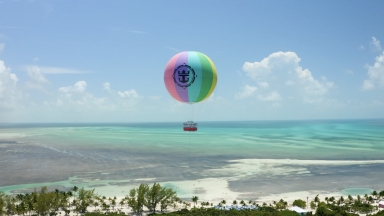 Ready for Liftoff: Royal Caribbean Unveils Up, Up and Away on Private Island Perfect Day at CocoCay in The Bahamas
On Royal Caribbean International’s newly opened private island destination, Perfect Day at CocoCay, an unrivaled combination of first-of-their-kind thrills and ways to chill make their debut. At the center of the destination’s $250 million transformation is an iconic helium balloon that vacationers can’t miss, Up, Up and Away. Guests of all ages will score the best and highest vantage point in The Bahamas, literally taking adventure to new heights – up to 450 feet to be exact. Securely tethered to the ground and manned by two trained pilots and a team of experts, go under the hood to see how this intricate system works. 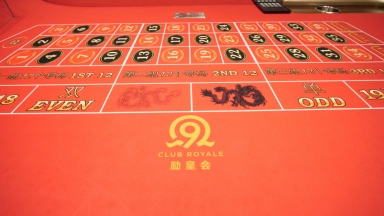 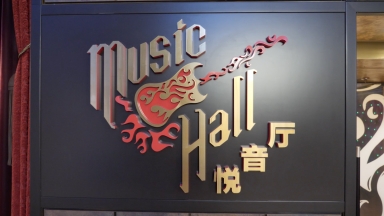 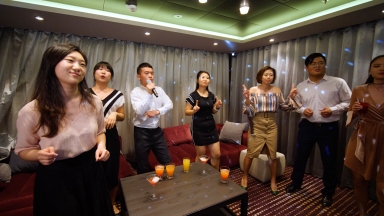 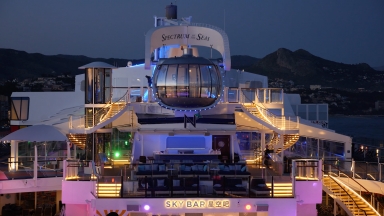 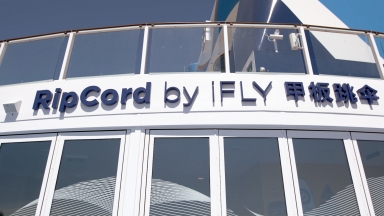 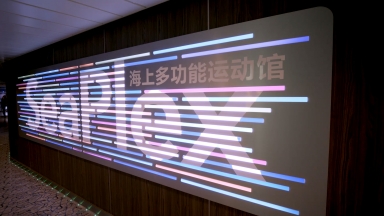